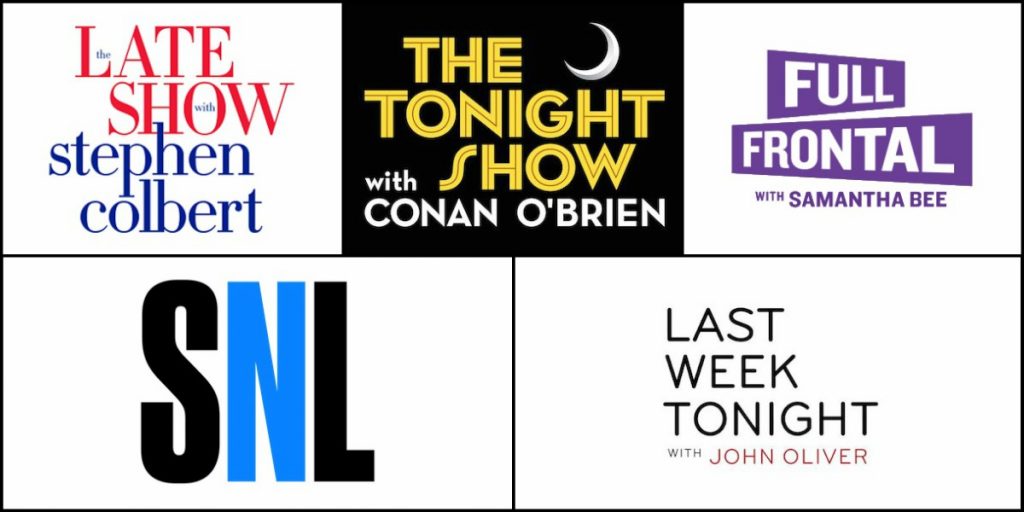 We bring you the second part of the most popular American talk shows and also links to stores where you can buy original merchandise with the motives of your favorite show.

This time, we will not explain how the package forwarding process works, as explained in the first part of How to buy American talk shows merchandise. So if you do not know how to set up an American address (which you need if the store doesn’t offer worldwide shipping), you should also read the previous article.

The Tonight Show with Conan O’Brian

Irish, Conan O’Brian, has gained popularity with his charisma among millions of people around the world. Also interesting to this show is that Conan travels to different countries in the world and the filmed material is then presented in his show (and we have to admit a very funny show).

If you are Conan fans, you may be pleased to find T-shirts, sweatshirts, bags, pendants, phone covers, or mugs in the TBS online store. Check also the Team Coco website, where you can find merchandise with Team Coco motives.

The Late Show with Stephen Colbert

Stephen Colbert made his premiere in The Late Show in 2015. But since then, more than 500 episodes have been broadcasted. You can watch the show on CBS and watch short videos also on YouTube.

For its fans, The Late Show offers especially T-shirts, cups, badges, but also a pillow, and even a Rubik’s Cube with Stephen Colbert’s pictures!

Did you ever watch Last Week Tonight? If yes, you may have noticed that John Oliver speaks British English. It’s not a coincidence, John comes from Great Britain. It’s quite a paradox, but relatively many talk show hosts in the US come from abroad.

The only representative of the women’s gender on our list is Samantha Bee. Samantha is not a native American (surprisingly), she was born in Canada. Her show is being broadcast on TBS and the premiere was on February 8, 2016.

Full Frontal fans, however, will certainly enjoy a wide selection of merchandise items ranging from clothing, mugs to badges, and phone covers.

This show differs a little from the others. It has not only one main moderator, but there are “permanent” and “temporary” actors. SNL is moderated by celebrities and it is one of the oldest talk shows in the US. There are more than 800 episodes of SNL.

For SNL fans, a wide range of SNL items are also available. You can choose from clothes, calendars, bags, cups, and other items.